"John Wick: Chapter 3" Director Aiming For A “Nice Completion” To The Wick Saga 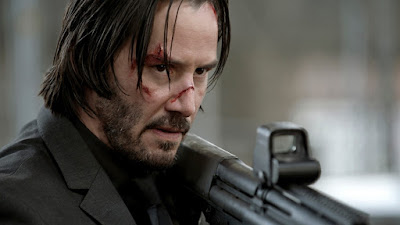 Expect more from the High Table and a “nice completion” to the Wick saga with John Wick: Chapter 3.

At least, that’s according to director Chad Stahelski, who spoke to JoBlo about his preliminary plans for the action threequel and his desire to shed more light on the origin of John himself. Brought to life with a vicious intensity by the great Keanu Reeves, John Wick is essentially the living incarnation of the Boogeyman (AKA Baba Yaga), and the mere mention of Wick’s name is enough to drive fear into the hearts of Russian gangsters the world over.

With the release of Chapter 2 back in February, Stahelski and screenwriter Derek Kolstad shipped John Wick off to Rome. Bound to a blood oath, our glowering anti-hero was forced to take a deep dive into the shady underworld of ruthless organizations and double-crossing assassins. One of those organizations, the High Table, will seemingly have a big part to play in the inevitable John Wick: Chapter 3, which will surely signal the return of Laurence Fishburne and his flock of pigeons. Not only that, but based on Stahelski’s interview with JoBlo, the third installment in Wick’s saga may well be the last: “In our minds, yes. But I’ll let the studio answer those sort of questions.”

Here’s what the filmmaker had to share about the High Table and John’s backstory:

Indeed, if the original John Wick drew praise for its refined, minimalist nature – it arguably struck that oh-so-sweet balance between style and substance – then Chapter 2 felt somewhat bloated by comparison, and lost that neo-noir feel by expanding its plot across an international scope. Here’s hoping that the third (and potentially final?) chapter in John Wick‘s story can recapture what made the original sleeper hit so special to begin with.
at July 10, 2017