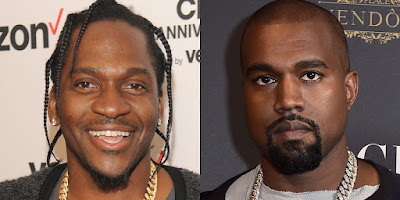 It feels like we’ve been waiting forever to get Pusha T’s next album. At the tail end of 2015, he put out King Push: Darkest Before Dawn, which he called a prelude to the actual King Push album, but that has still yet to materialize. That could all change very soon, however. In a new interview with Complex, Push says that the new album is 85 percent of the way done. But what should make G.O.O.D. Music fans even more excited is that he also revealed that a majority of the beats came from the mind of this label boss, Kanye West.

Push has already said he linked up with the Neptunes duo of Chad Hugo and Pharrell for this latest project. If you remember, they were instrumental in creating some of the best work he ever produced alongside his brother Malice while in the Clipse. I’m talking all-time great rap albums like Hell Hath No Fury.

That being said, the revelation that Kanye is behind the boards for a majority of this new project is a welcome one. Whatever you think about him as a pure rapper, Yeezy has a long, long track record of murdering it when he gets behind the boards. Listen to Pusha’s debut album My Name Is My Name if you need any proof of their chemistry. Or better yet, throw on “Christian Dior Denim Flow.”
at July 10, 2017