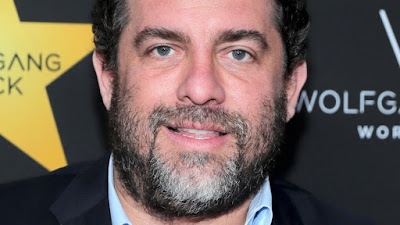 Hollywood film producer Brett Ratner is being accused of sexual harassment and misconduct by six women — including actress Olivia Munn, according to a bombshell report.

Munn, along with actresses Katharine Towne, Jaime Ray Newman and Natasha Henstridge, each detailed Ratner's alleged inappropriate conduct toward them to the Los Angeles Times in a recent article.

In Munn's account, she described delivering food to Ratner's trailer when she was starting out in L.A. back in 2004.

Munn immediately recounted the incident to her sister and tried to pursue legal action but was dissuaded by an attorney.

She also said the reaction of the man who had asked her to deliver the food wasn't a shock or surprise.

It came to light that she was referring to Ratner, 47, after he identified himself as her subject during an appearance on "Attack of the Show" — which Munn previously hosted.

I used to date Olivia Munn, I will be honest with everybody here," he said. "When she was 'Lisa.' That was the problem. She wasn't Asian back then."

Ratner later backtracked on his comments during an interview with Howard Stern, saying his comments about "banging" Munn were not true.

Ratner's longtime lawyer, Martin Singer, told The Times that the pair was in "an intimate relationship." Munn calls that "a complete lie," the L.A. Times reported.

Ratner, who has been romantically linked to Paris Hilton, Mariah Carey, Lindsay Lohan and Serena Williams, vehemently denied all of the accounts described to The Times in a lengthy letter provided to the publication by Singer.

"I have represented Mr. Ratner for two decades, and no woman has ever made a claim against him for sexual misconduct or sexual harassment," Singer said in the 10-page letter. "Furthermore, no woman has ever requested or received any financial settlement from my client."

In a statement late Wednesday, Ratner said he'll step away from Warner Bros. projects amid the allegations.
at November 08, 2017