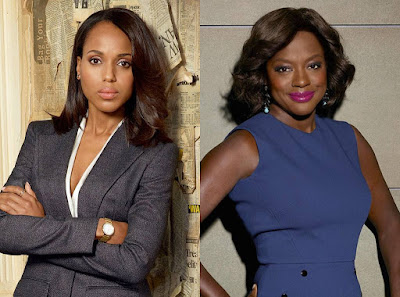 Get ready for double the dose of ass kicking!

Things are about to get real in the Oval Office and the courtroom because Olivia Pope and Annalise Keating will be in sync for some serious take downs. Yes, that means a Scandal and How to Get Away With Murder crossover is in the works at ABC. If you couldn’t wait for TGIT to return, this news will only make you thirstier for more Shondaland goodness.

Although details about the lineup are scarce, both Kerry Washington and Viola Davis shared Instagram posts that are quite telling. Washington was decked out as Olivia Pope and gave her signature tantalizing pose from the courthouse that’s frequently fronted by Annalise Keating. Similarly, Davis showed off her jazz hands in a snap from the Oval Office that Olivia Pope knows like the back of her hand.

This marks the first major Shondaland crossover, excluding any characters passing between Grey’s Anatomy and its spinoff Private Practice (as well as Grey’s‘ upcoming firefighter-based offshoot).