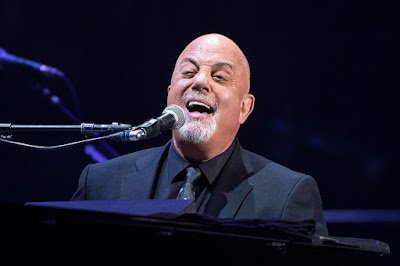 Billy Joel has a busy 2018 planned with both his long residency at New York's Madison Square Garden and another run of stadiums that includes return stops at three of the best-known ballparks in the world.

The Piano Man will perform at Citizen Bank Park in Philadelphia (July 27), Fenway Park in Boston (Aug. 10), and Wrigley Field in Chicago (Sept. 7), marking the fifth consecutive year in a row that he has performed at each venue.

"No one's ever done that before, it's his own version of a stadium residency," longtime agent Dennis Arfa says. "He gives an amazing performance. People want to hear him sing his legendary songs from a catalog that contain so many iconic hits."

Joel is also visiting Europe this summer with a June 16 show at Old Trafford Football Ground in Manchester, a June 23 show at Aviva Stadium in Dublin, & a June 30 show at Voksparkstadion, as well as two stateside stadium concerts -- Sept. 21 at Kauffman Stadium in Kansas City & an Oct. 13 show at Wake Forest in Winston-Salem, NC.

"What's interesting about his shows is that he continues to draw people who are in their 40's & don't typically attend stadium shows, but there's something bringing them out when he comes to town," Arfa says. "And many people bring their kids, making it a multi-generational concert."

The concert comes as Joel enters his fifth year of residency at Madison Square Garden, selling his one-millionth ticket for the New York arena, performing his 59th concert in the residency series and his 105th show at the Garden overall. Last year, he grossed $26.2 million from his 12 shows at the building, and $82.6 million overall with 29 performances played before 719,976 fans, according to Billboard Boxscore.

"He sells 19,000 tickets a night -- he sells the whole building," Arfa explains of the MSG shows. "And then on top of it, he's selling out these stadiums five years in a row. His success is a testament to the power of his music, which touches so many people."
at March 06, 2018