"The Osbournes" Are Back!… As a Podcast 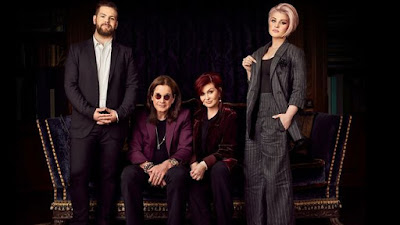 Finally, The Osbournes is back! Sort of. The principal subjects of the early '00s reality show have gotten together for a 10-episode podcast series debuting yesterday March 5th. The new show will be launching just as the original series celebrates the 16th anniversary of its debut back in 2002 when Ozzy Osbourne, his wife Sharon and two then-teenage children Kelly and Jack allowed MTV to film them on a regular basis.

According to The Hollywood Reporter, the podcast is designed to catch fans up on what Ozzy and his family are up to these days. There will also be interviews with some of their closest friends, including Sheryl Underwood, Carnie Wilson and The Osbournes executive producer Greg Johnston.

"There's been talk about bringing The Osbournes back, but it would never work," Jack Osbourne, who will be hosting the podcast, says. "I thought, 'Well, this is probably the next best thing.'"


The Osbournes aired from 2002 through 2005 for a total of four seasons. In its inaugural season, it would go on to win a Primetime Emmy Award for Outstanding Reality Program. A few years ago, there was talk about the wildly popular show returning for a possible eight episode arc, but nothing ever aired.

"It's really quite awkward to watch, especially now as a parent," Jack says of viewing The Osbournes recently as a primer for the podcast, which he claims will be just as authentic as the original in spirit. "Everyone is really open and honest about a lot of things; it's pretty candid."

While the cast of The Osbournes has been vocal in recent years about the toll the show took on them, they haven't been completely out of the spotlight in the reality television genre. Ozzy & Jack recently revealed they would be doing a third season of their travel-based show Ozzy & Jack's World Detour, which sees the father and son on a road trip to see various landmarks in the United States and beyond.
at March 06, 2018