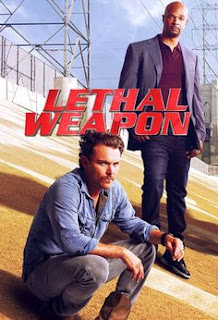 Lethal Weapon is the youngest and highest rated of the three Warner Bros TV drama series for Fox, so its renewal had been considered a no-brainer. But a behind-the scene issue involving one of the two leads, Clayne Crawford, is making a third season a rather complex proposition.

I have learned that Crawford has had a history of bad behavior on the show, and that he has been disciplined several times over complaints of emotional abuse and creating a hostile environment. I hear the issue has escalated to a point where other actors as well as crew on Lethal Weapon would feel uncomfortable being on set with him. The problem is threatening the future of the show, with a recasting — a rare and dramatic move when involving a lead of an established series — being explored. Fox and Warner Bros TV declined comment.

While Damon Wayans, who plays Roger Murtaugh, had been a key auspice on the series from the start — his casting helped Matt Miller’s pilot script land a green light in February 2016 — Crawford was a relatively late addition. The Rectify alum was tapped for the role of Martin Riggs a month later after a lengthy search. (Crawford has since parted ways with the talent agency that repped him when he landed the pilot.)

In Lethal Weapon, produced by Warner Bros TV and Lin Pictures, when Texas cop and former Navy SEAL Riggs suffers the loss of his wife and baby, he moves to Los Angeles to start anew. There, he is partnered with LAPD Detective Roger Murtaugh, who, having recently suffered a “minor” heart attack, must avoid stress in his life. The roles are played by Danny Glover and Mel Gibson in the original movie franchise, which had been exploring a fifth installment.

Season-to-date, Lethal Weapon is averaging a 1.7 most current rating among adults 18-49 and 6.9 million total viewers. In multi-platform average audience, Lethal Weapon averages 8.7 million (+105% vs. Live+Same Day), and is Fox’s No. 2 returning drama behind Empire.
at May 03, 2018