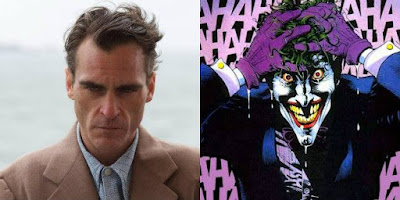 Warner Bros has set October 4, 2019, for its Joker origins movie starring Joaquin Phoenix. Todd Phillips is directing and co-wrote the backstory tale of Batman’s archnemesis, which is described as a gritty character study but also a broader cautionary tale of a man disregarded by society who becomes the ultimate supervillain.

Co-scripted by Scott Silver (The Fighter), the untitled DC Universe film will do battle against Paramount’s sci-fi pic Gemini Man and Fox’s Amy Adams thriller The Woman in the Window.

Emma Tillinger Koskoff is producing the WB/Village Roadshow Joker movie, which Richard Baratta is exec producing. Filming begins in the fall on the pic, which is expected to be released under a new DC banner.
at July 19, 2018