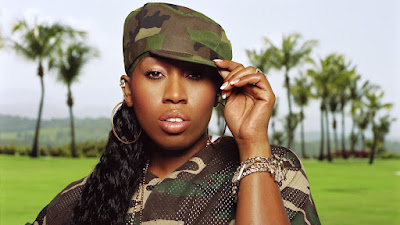 Missy “Misdemeanor” Elliott is breaking history by becoming the first female rapper to be nominated for the prestigious 2019 Songwriters Hall of Fame award, the Associated Press reports.

After churning out Hip Hop and Pop hits such as the Hot 100 hit “Get Ur Freak On” and the classic “Lady Marmalade” featuring Christina Aguilera, Pink, Lil Kim and Mya, which have lasted through the test of time, the Grammy Award-winning composer could also become the third rapper to be awarded the illustrious award. She will sit alongside the Hall’s previous inductees JAY Z and Jermaine Dupri.

Missy announced the news on her Twitter and congratulates the Songwriters Hall of Fame’s other nominees which include Mariah Carey, TLC songwriter Dallas Austin as well as Annie Lennox and Dave Stewart of the Eurythmics.

“I am Humbly Grateful to be nominated with so many other AMAZING writers,” she wrote. “Congratulations to all of them also.”

On June 13, 2019, six songwriters will be inducted at the Songwriters Hall of Fame’s 50th annual Induction & Awards Gala in NYC.

Songwriters are eligible for induction after writing hit songs for at least 20 years. After becoming a member of Devante Swing’s Swing Mob in the early 90s, Missy has been a force in the music game. After departing Swing Mob, she helped formulate the late Aaliyah and Ginuwine’s sound along with Timbaland. Over time, Missy would go on to work with Destiny’s Child, Whitney Houston and Ciara.

Missy pushed the limits of what it means to influence the culture through the sound of music and innovative visuals.
at November 08, 2018