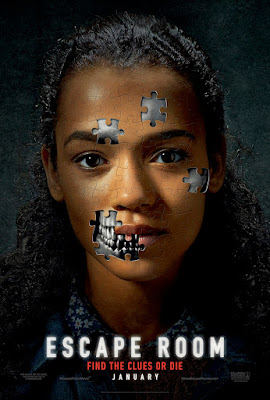 In the wake of Columbia Pictures amassing close to $119 million at the worldwide box office off the $9M horror feature Escape Room, the studio is moving forward on the development of a sequel.

The movie studio recently set an April 17, 2020 release date for the sequel, which Adam Robitel will return to direct along with returning writer Bragi F. Schut and producer Neal H. Moritz.

Escape Room followed 6 strangers who find themselves in a maze of deadly rooms, & must use their wits to find the clues or die. Plot details for the sequel are being kept under wraps.