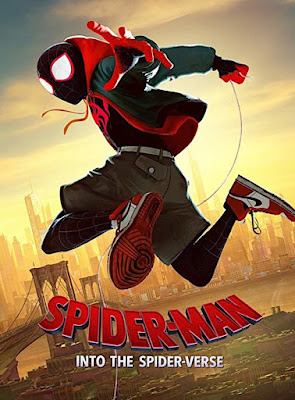 Last year’s release of Spider-Man: Into the Spider-Verse was a huge success. It put Sony back on the map with its Marvel franchise, while at the same time giving its animation department a huge boost, and there’s no question that there’s a sequel on the way, but there’s a big shock about who could come back.


In Spider-Verse, we were introduced to Olivia Octavius, also known as Doc Ock in Miles Morales’ dimension. She becomes a thorn in the heroes’ side over the course of the film, but met a somewhat surprising end in the finale. As she attempts to take on the heroes in a final battle, she suddenly ends up hit by a flying truck.

However, a new hint provided by co-director Rodney Rothman suggests that we haven’t seen the last of her. Speaking with Total Film, Rothman explained that “Liv,” as her friends call her, could easily return.

“In the end, we found the movie played fine without us tagging every single possible thing,” he said. “But we definitely think of Liv as someone who is not gone from the story, and who in many ways, is our most powerful bad guy. She’s manipulating a lot of things to achieve her own grand ambitions.”


This wouldn’t be the first time that Doctor Octopus would serve as a “big bad” in the Spider-Man universe. You may recall in 2004 when Spider-Man 2 hit theaters Alfred Molina played the troubled scientist, who would stop at nothing to build his grand experiment. Of course, four manipulative automated appendages would lend a big hand. Or hands, rather.

It’ll be some time before we hear what’s happening with the Into the Spider-Verse sequel. Still, if it’s as good as the original film, we’re in for a fun time indeed. Plus, bringing back Doc Ock would give voice actress Kathryn Hahn even more fun things to say.