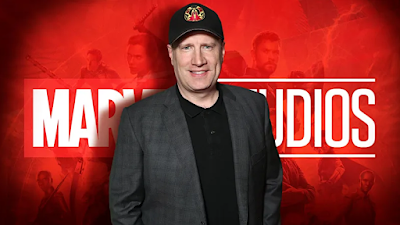 Marvel Studios president Kevin Feige has more than enough reasons to be happy right now. His latest superhero extravaganza Avengers: Endgame is on the road to becoming the highest grossing film of all time (it stands at the second slot right now, only behind Avatar) and has been incredibly received and appreciated by the audience.

Avengers: Endgame is the 22nd film in the Marvel Cinematic Universe that also gives closure to the story arcs of its superheroes – Iron Man, Captain America and Black Widow.

Marvel and Kevin have all this while maintained a stoic silence about the future of MCU and what lies in store in Phase 4.

Kevin, during an exclusive media interaction on the sidelines of promoting Avengers: Endgame, had, however, hinted about the future Marvel films and how he plans to make the characters more diverse, now that Disney has acquired rights for X-Men from Fox.

Here are excerpts from the conversation:

Q. After the deal with Fox, which characters are you most excited to see joining MCU?

I am excited about all of them. It is wonderful when a company like Marvel has access to all of its characters. When we started Marvel Studios, there were thousands of characters that we knew we just couldn’t touch. I think we have done pretty well with the characters that we had. But it is nice now that we have more toys in the toy box that the company owns. I have been in Marvel for almost 19 years. My first seven years at Marvel before Marvel Studios was working on the X-Men films and the Fantastic Four films at Fox, as a very low person on production. But it is fun and emotional to have come full circle with the characters that are back.

Q. Female superheroes are a fairly recent development in the Marvel Cinematic Universe. Black Panther and Captain Marvel have done phenomenal business. That proves that there is an audience we were not looking at for the longest time.

I think the success of Captain Marvel thankfully proves that people do want to see that. With Wonder Woman, Warner Brothers did it first and also proved it. And I think Captain Marvel proves that Wonder Woman wasn’t just lucky or wasn’t just a one-time affair. So that is going to be the way we are heading in the future. Had we made those films earlier, maybe they would have been big hits as well. But it is hard to argue with the timing. Because both Black Panther and Captain Marvel worked very well. Somebody, when we were promoting Black Panther, asked me, ‘Why did it take so long to make Black Panther?’ I was also asked, ‘Why didn’t you make it at the beginning, 10 years ago, at the beginning of the MCU?’ And I said well, there are a lot of reasons. But I am very glad we didn’t because our director Ryan Cooper would have been in high school!

Q. There’s been a lot of talk about Marvel’s first Asian superhero Shang-Chi. This, when Crazy Rich Asians, the first American movie to have an all Asian cast in 20 years, surprisingly didn’t do so well in China, and some Asian countries. Do you see this as a risk or an opportunity for Marvel?

How many superheroes were in Crazy Rich Asians? I think every movie we do is a risk. We only want to do movies that people seem to think are risks. But doing this story of an Asian-American hero of Chinese heritage is something that is very intriguing to us. We have got filmmakers started. And I think it will be something very special and different than what we have done before. And I hope audiences around the world respond to it in the same way they do to Steve Rogers, whether they have American flags or not. It’s about the individual storyline. And it’s about the spectacle and an adventure that comes with the Marvel Studios movie.

Q. Do you plan to adapt any comic book from India? Joe Russo mentioned about Kamla Khan and Priyanka Chopra playing her. So, what’s the update on that?

Well, there’s no official update. We had decided we won’t be officially talking about anything until after Avengers: Endgame and Spider-Man: Far From Home. Once those are done, we will start talking about what we are doing.

But to go back to the earlier question, we want our films to reflect audiences all over the globe who are waiting in line to see the movies. We want them all to, at one point, see themselves up there. And in the comic books, there are a lot of characters and a lot of opportunities to do that. And whether they are characters that were very big and popular over the last 10 years, like Captain Marvel, or more obscure characters that were changing and updating quite a bit like Shang-Chi.

Q. Black Panther’s Oscar win was like a victory for superhero films. Suicide Squad also won. Has the pressure increased for you?

I think there is more pressure on the Academy because they got to pay attention to the films. I am very proud of Black Panther. I have been very proud of a lot of movies we have made up to this point that we were not ever recognized that way. The fact that Black Panther was able to do it, and to win three of them was great.

Q. How different will be Marvel TV shows from films?

They will be longer. That’s hopefully the only difference. There will be time to really dig into characters. I am very excited because (we have) Winter Soldier, Falcon, Vision and Loki. I was here with Tom Hiddleston five years ago, and there was a big fan base for Loki. And now we just get to spend much more time with all those characters. That’s what we are excited about.
at July 09, 2019