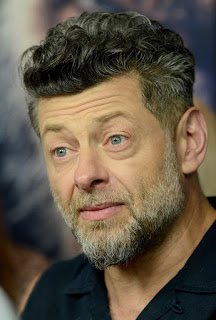 Andy Serkis is in talks to play Bruce Wayne’s butler Alfred Pennyworth in Warner Bros.’ Matt Reeves reboot The Batman. It would rep a re-team for the actor and director after their work together in the latest Planet of the Apes franchise; Serkis having played Caesar the ape. Deadline exclusively reported that Colin Farrell is in discussions for the Penguin role.

Serkis and Farrell would join Robert Pattinson as Bruce Wayne/Batman, Jeffrey Wright as Commissioner Gordon, Paul Dano as Edward Nashton also known as The Riddler and Zoe Kravitz as Selina Kyle, a.k.a Catwoman.

Serkis as Pennyworth follows in the footsteps of Michael Gough, Michael Caine and Jeremy Irons who’ve played Alfred in Warner’s DC cinematic universe. “The Batman” will be released on June 25, 2021.
at November 07, 2019