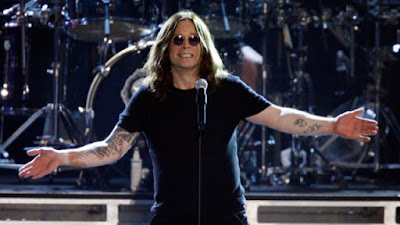 The run will start next year and continue into 2020, before Ozzy steps back from extensive runs of shows. “People keep asking me when I’m retiring,” Osbourne says in a statement. “This will be my final world tour, but I can’t say I won’t do some shows here and there.”

“People around my age go, ‘I’m 65 now. I’m retired.’ Then they f–king die,” he told Rolling Stone. “My father got a bit of cash from the job he had, did the garden and died. And I’m going, ‘That’s a bit of an anticlimax after working so many years in a factory.’ I ain’t retiring. People still want to see me, so what’s there to retire from?”
at November 08, 2017