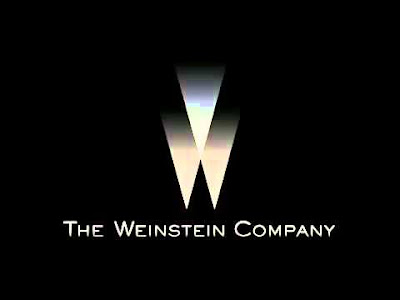 A Who’s Who list of Hollywood celebrities have filed objections to the Weinstein Co. sale, saying they’re owed money by the bankrupt studio — though the murky accounting makes it difficult to know exactly how much without conducting an audit.

Meryl Streep, George Clooney, Jennifer Lawrence, Leonardo DiCaprio, Bill Murray and Quentin Tarantino were among those filing documents raising concerns about outstanding payments ahead of the court-supervised auction of the studio.

Tarantino has had a long collaboration with The Weinstein Co. and its disgraced co-founder, Harvey Weinstein. He made four films for the studio — Grindhouse/Death Proof, Inglourious Basterds, Django Unchained and The Hateful Eight.

Tarantino is asking the court to forestall the sale until The Weinstein Co. lives up to its contractual obligations and provides assurances of future payments.

The Weinstein Co. says it owes Lawrence $102,623 for her work on Silver Linings Playbook, though the actress says she can’t be sure if the amount is accurate because the studio only provided financial details through the end of December.

Streep found her name among the more than 2,000 pages of lists containing some 10,250 contracts — sometimes, misspelled as “Street.” She said she has been unable to get an accurate accounting of outstanding payments in connection with her work on the motion pictures August: Osage County and The Giver — though the Weinstein Co. claims it owes $168,611.


“Unless and until Ms. Streep is given such an opportunity and/or conducts a proper audit, the Debtors should not be permitted to unilaterally select cure amounts while withholding the information necessary for Ms. Streep to verify or contest those amounts,” Streep wrote in her filing.

The Weinstein Co. said it may owe Clooney $250,000 for August: Osage County, though the producer on the film said this amount does not take into account back-end participation.

Both Lawrence and Streep criticized co-founder Harvey Weinstein for taking their statements out of context as he sought to defend himself against sexual misconduct lawsuits.

Streep described as “pathetic” Weinstein’s use of her statement that he was not sexually transgressive or abusive as evidence that he had not abused other women. Lawrence echoed that sentiment, adding that she supports the women who have come forward seeking justice.

A group of film production companies — Studiocanal (Paddington I), Gaumont (Ballerina aka Leap!), Wild Bunch (The Artist), Delta Last Legion (Hannibal Rising), and Orange Studio (The Artist, Paradise Lost) — raised concerns about The Weinstein Co.’s lax bookkeeping. The studios claims that on some films, there has been no accounting for a year. On others, the records are up to seven years delinquent.

The Wild Bunch said an audit conducted for the reporting period ending in December of 2014 revealed a $293,00 payment shortfall for the Academy Award winning film, The Artist. Studiocanal believes it’s owed a share of profits on Paddington I, ditto for Gaumont on The Intouchables and Ballerina. They’re looking for the court’s assurance that a proper audit will occur and they’ll get paid.
at May 03, 2018