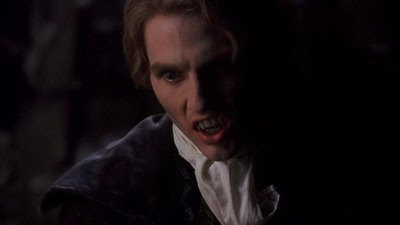 After years of development, it looks as though the TV series based on Anne Rice’s The Vampire Chronicles novels has finally found a home at Hulu, now the potential series just needs to find a showrunner. The project has been bouncing around for a while, with the rights being acquired by Paramount TV & Anonymous Content just a few months ago, ready to head to the streaming service to join its lineup.

The Vampire Chronicles’ development history is a somewhat lengthy one, as the project has been around for a while now, with former American Gods and Hannibal showrunner, Bryan Fuller, stepping aside from his presumed showrunner duties several months ago. Thankfully for fans of the series of novels on which the show will be based, author Anne Rice and her son, Christopher Rice, himself a New York Times best-selling author, are still behind the series, with Christopher reportedly in place as the series’ writer.

As reported by THR, Hulu won out despite interest by multiple parties. It stands to reason that, given the subject matter and adult-oriented content of Rice’s novels, a streaming service or pay cable channel would have been the best option for the project. And considering Hulu’s Emmy wins and recent nominations, thanks to The Handmaid’s Tale, Hulu is in a unique position to attract a wide variety of projects.

In Hulu’s favor is The Vampire Chronicles being pre-existing IP, making it a great addition to the streaming service’s ever-expanding lineup. Add to the fact it’s a genre project rooted in the supernatural & centered on the always popular subject of vampires, & it becomes clear why Hulu would be keen to bring Rice & co. into the fold.

There are questions as to how the series plans to adapt the 11-novel series into a tv show, & how or if it plans to tell specific stories or use them as the foundation for a much larger narrative within the world Rice has constructed. In that regard, a potential Vampire Chronicles series could be similar to what Hulu has done with the upcoming Castle Rock, which is an original story set within the works of Stephen King. Since the series is still on the search for a showrunner it will probably be a while before there’s a better outline of what’s in store.
at July 19, 2018