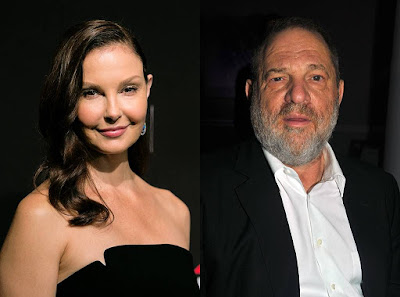 Harvey Weinstein’s still facing potential life behind bars in the rape case in New York City, but the disgraced producer succeed today in having Ashley Judd’s sexual harassment claim against him tossed.

However, with a trial penciled in for 2020 before U.S. District Judge Philip Gutierrez, Judd’s allegations against the much accused Weinstein for defamation & intentional interference with prospective economic advantage are still standing, so don’t think this is over, at all.

What is truly over, after being dropped from the case once before then added in amended paperwork, is the spotlight attracting sexual harassment aspect of the matter. Like back in September, when the federal judge first declared that a 1990s hotel room encounter in which Weinstein allegedly attempted to physically assault Judd did not fit the legal definition of workplace sexual harassment.

“The Court GRANTS Defendant’s motion to dismiss Plaintiff’s claim under California Civil Code § 51.9 with prejudice,” Judge Gutierrez wrote Wednesday, handing Weinstein a rare-ish but mainly procedural victory in one of the many civil cases across the country against him. “Leave to amend is DENIED,” the LA-based judicial official also said of what was Judd’s first amended complaint in the matter that first started in April of last year.

The suit’s claims focussed on reports by Deadline, who were cited in one hearing, and others that Peter Jackson and producer Fran Walsh contemplated casting Judd in their Oscar winning Lord of the Rings movies back in the late 1990s before financier Weinstein implied she was a “nightmare” to work with. Judd has cited that the potential kneecapping of her career from Weinstein was the result of her rejection of his heavy handed advancements.

Essentially, Judge Gutierrez determined that the language that constituted the Golden State law on what is an isn’t considered sexual harassment when Judd filed her initial multi-claim suit last spring just didn’t meet the circumstances. “In sum, Plaintiff’s relationship with Defendant was qualitatively different than any of the twenty examples listed in § 51.9, and, as best the Court can tell, qualitatively different than any context in which the statute has been previously applied,” he noted today. “For this reason, the Court concludes that she cannot state a claim.

Interestingly, a footnote in Judge Gutierrez’s 13-page order pointedly spells out the realities outside the parameters of the law.

“The Court makes clear that it is not determining whether Plaintiff was sexually harassed in the
colloquial sense of the term,” the Judge declared. “The only question presented by the current motion is whether the harassment that Plaintiff allegedly suffered falls within the scope of the California statute that she has sued under.”

That footnote is one of the reasons why Judd’s Gibson Dunn attorney is putting on a determined face this evening.

“Nothing about today’s ruling changes that Ms. Judd’s case is moving forward on multiple claims,” said the A Time To Kill actor’s lawyer Ted Boutrous of the decision.

“The Court today dismissed only one of Ms. Judd’s four claims for relief,” the attorney added. “In doing so, it made clear that it was not determining whether Ms. Judd was sexually harassed in the colloquial sense of the term,” affirmed Boutrous, who was among those successfully representing CNN in their recent White House credentials battle over Jim Acosta with the Trump administration.

“It even acknowledged that the common meaning of the words in the statute would encompass her professional relationship with Mr. Weinstein,” the advocate added. “Nevertheless, the Court ruled that the statute does not apply here. While we respectfully disagree with the Court’s decision as to the one claim it ruled on today, we look forward to pursuing the three claims for relief that the Court has already ruled can move forward.”

Representatives for Weinstein did not respond to request for comment as they look to expand his legal team in the looming criminal case in the Empire State.

Along with being accused by more than 60 women of sexual assault or sexual harassment, Weinstein is under investigation by federal prosecutors as well as the NYPD probe set to go to trial this spring by the Manhattan D.A.’s office. Additional allegations against Weinstein have been reviewed by the LAPD, which sent an initial trio of cases to the L.A. County D.A. on February 8. Another case was handed over to that same office in in August. As UK police continue their investigation, the Beverly Hills Police passed two cases of sexual assault that they say occurred in their jurisdiction to Lacey’s office on January 2.
at January 10, 2019