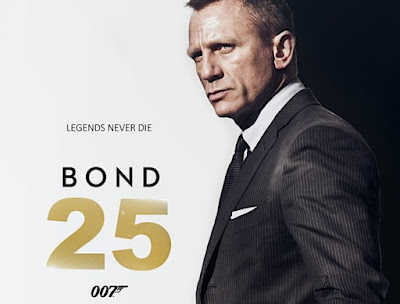 Late last month, Eon Productions and MGM hosted a live reveal of the long-rumored cast of Cary Fukunaga's James Bond 25 and it features a number of familiar faces as well as newcomers to the franchise that will all have a part to play in Daniel Craig's final outing as 007.

The studio is keeping plot details close to the chest, but producer Barbara Broccoli did offer the following tease, "Bond is not on active service when we start the film. So, he is actually enjoying himself in Jamaica." She notes how the island paradise is sort of a "spiritual home" for the secret agent and continues, "We start the story here and we built an extraordinary house for him." However, his time off is going to take a wild turn, "there's quite a ride in store for Mr. Bond."

Here's the official synopsis: "Bond has left active service and is enjoying a tranquil life in Jamaica. His peace is short-lived when his old friend Felix Leiter from the CIA turns up asking for help. The mission to rescue a kidnapped scientist turns out to be far more treacherous than expected, leading Bond onto the trail of a mysterious villain armed with dangerous new technology.”
at May 07, 2019