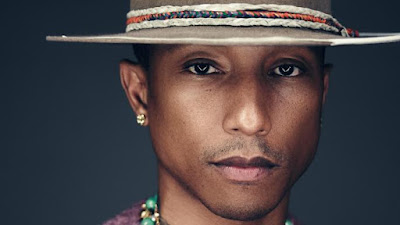 Pharrell Williams, OutKast, and R.E.M. are among the artists vying for a place in the Songwriters Hall of Fame as part of the Class of 2020.

Pharrell has been nominated alongside his The Neptunes production partner Chad Hugo, with whom he has crafted hits for the likes of Justin Timberlake, Beyonce, JAY-Z, and Britney Spears, while hip-hop legends OutKast will be hoping to make history as only the fourth rap act to be inducted into the prestigious institution after JAY-Z, Jermaine Dupri, and Missy Elliott.

Also up for the honour are rockers R.E.M., who disbanded in 2011. Former members Michael Stipe, Peter Buck, and Mike Mills are each listed for the recognition, alongside ex-bandmate Bill Berry, who officially stepped down from the line-up in 1997 following an onstage health scare, reports The Associated Press.

The non-performing solo contenders include Sonny Curtis, Tony Macaulay, Jerry Fuller, William 'Mickey' Stevenson, and Rick Nowels, who has crafted tunes with Lana Del Rey and Stevie Nicks, while the non-performing songwriting duos category features Boyce and Hart, known for their work for The Monkees, Ragtime musical creators Lynn Ahrens and Stephen Flaherty, and Kye Fleming and Dennis Morgan, who wrote songs for country artists like Ronnie Milsap and Sylvia.

Only six songwriters will be inducted in 2020, and the lucky few will be officially welcomed into the Songwriters Hall of Fame at a special gala in New York on 11 June.

Writers are only eligible for induction 20 yrs after scoring their 1st hit.