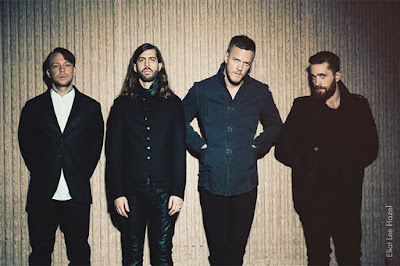 Imagine Dragons are back they're ready to Evolve, that's according to their new album title. The group released the name and album art for their latest project on Twitter Tuesday, May 9th. Evolve will be the group's third studio LP, and will be released on June 23rd.

Just hours before the title/pre-order announcement, a rumored artwork for the upcoming album leaked online. The alleged cover art featured the title “EVOLVE” (which hadn’t been announced yet). 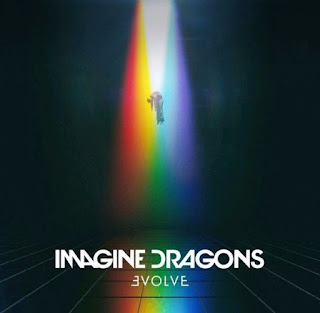 In addition to posting the link for the iTunes pre-order, the band offered up a new song, "Whatever It Takes." The song follows previous advance cuts "Believer" & "Thunder," both are currently on the Billboard Hot 100.

Fans were delighted even further when the band announced their Evolve World Tour minutes later. Imagine Dragons will be joined by Grouplove and K. Flay on select dates for the 31-stop North American event. The tour starts September 26 in Phoenix -- with appearances in Los Angeles, Brooklyn, and Las Vegas -- before ending in Anaheim on November 16.