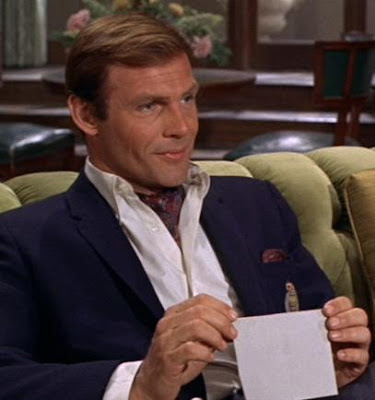 Holy family viewing, Batman — it turns out the Caped Crusader’s fetching satin pants spent a lot of time on the floor.

Adam West, who died on Saturday at age 88, became a TV legend for his camped-up portrayal of the hero in the ’60s.

But behind the mask was a sex-mad actor who slept with up to eight women a night — and turned to booze when the show was axed.

He and co-star Burt Ward, who played sidekick Robin, also romped with eager groupies in their dressing rooms in between scenes.

In fact, West discovered the only limits to his bedroom batpowers were those caused by his famous costume.

The actor explained years later: “Because of the physical limitations of the costume, you gotta have quickies.”

And he had an awful lot of them, as well as dates with fellow stars including actress sisters Natalie and Lana Wood, and Raquel Welch. 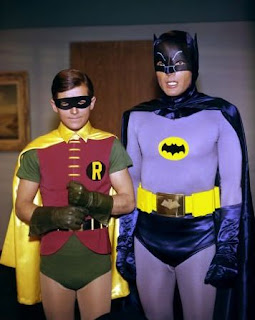 But they were thrown out for behaving like their TV alter-egos and making everyone laugh.

Meanwhile, trusty Boy Wonder Ward, who is now 71, claimed West was definitely the ringleader when it came to their own adventures.

He recalled decades later: “When I entered ‘Batman’ as a naive 20-year-old who had only dated a couple of girls, I met Adam West, who immediately introduced me to the wildest sexual debauchery that you can imagine. We often found that women were banging on our windows while we were bedded down with other women.”

He added: “We’re talking about wild times in the dressing rooms, on the set, between the shots, in the lunch wagon. And then of course, doing the personal appearances on the weekend, that’s where it really got wild. And I have to be honest with you, we became like sexual vampires.”

He added that the costumes seem to be part of the lure for women: “If you look at our show, you’ll see that we always stood with our legs open, our fists on hips and our bat bulges forward, which had a profound effect on women.”
at July 10, 2017