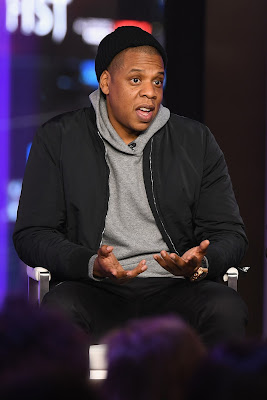 JAY-Z is going to make some more history, this time as one of the first guests on David Letterman’s new Netflix show. Hov will appear on the six-episode season of the iconic late-night talk show host’s upcoming My Next Guest Needs No Introduction series, which debuts on January 12.

The Roc Nation leader’s participation was revealed in a trailer for the Netflix show, putting him in the company of some of the biggest names in politics and entertainment. Barack Obama, George Clooney, Malala Yousafzai, Tina Fey and Howard Stern are the other guests participating in interviews for Letterman’s return.
at January 08, 2018